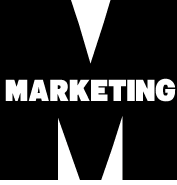 Digital characters and games are transforming the brand-licensing industry as they take the entertainment world by storm. Mobile and online games such as Angry Birds, Talking Friends, Moshi Monsters and MovieStarPlanet have acquired tens of millions of players worldwide in just a few years.Their rapid rise is creating challenges for the brand-licensing industry, as such properties exploit their new-found success by expanding into toys, clothing, TV shows, magazines and computer games.Brand licensing has historically been dominated by older names, such as the animated stars of Disney films and characters such as Hello Kitty, launched in 1974.Today’s hot properties are far less predictable. Moshi Monsters, a children’s gaming site, which launched in 2008 and has more than 50 million members, has created a publishing hit with a children’s magazine. The monthly publication made its debut last year and is now the top-seller in the UK, shifting about 117,000 copies per issue.

In addition, the brand is estimated to have sold more than £60m-worth of merchandise in 2011, and is launching an online TV station.

Meanwhile, Angry Birds opened its first shop in Helsinki last November, while other digital success stories are preparing for a merchandising onslaught this year.

Ciaran Coyle, managing director at licensing agency Beanstalk, outlines how the industry is changing. “In the old model of films and TV shows, a film came out, a character took off, they did a sequel, then moved into other media,” he says.

“It would happen over a period of years and some properties would eventually become brands in their own right, such as Spider-Man.

“Now you have a world where those entertainment properties are becoming famous in weeks. or days in some cases.”

Coyle also points out that the way audiences relate to these brands is entirely different. Films and TV shows tend to be watched by “appointment to view” in a given location, whereas digital games are played any time, anywhere.

This makes them more deeply embedded in the audience’s lives, and gives the brands added relevance as they expand to other areas.

The speed of the transformation is often breathtaking. Angry Birds, launched in 2009, has been downloaded over 500 million times.

Talking Friends, which features characters such as Talking Tom, a cat that repeats what you say and laughs when tickled, has been downloaded to mobile phones 270m times, at a rate of about 10 million a month.

MovieStarPlanet, which allows children to create and dress movie-star characters, has hit 26 million downloads since its launch in 2009. Other popular properties include gaming app Cut the Rope and Disney’s phenomenally successful social site, Club Penguin.

These developments are heaping pressure on the brand-licensing industry and the complex web of relationships between property owners, licensees, manufacturers and retailers that it navigates.

Those involved are being forced to take a chance on merchandise for brands that may be just a few months old, and have an uncertain future.

“The biggest challenge is convincing a retailer that a 2D product will work in 3D,” says Darran Garnham, licensing chief at Moshi Monsters owner Mind Candy.

“Those retailers that took an early chance with Moshi Monsters this Christmas had a big upswing in sales. We sold three months’ worth of stock in three days, he says.

Garnham argues that the ease and speed of creating digital properties means there could be unexpected changes to come.

“I don’t think anyone has seen the next big property yet. We don’t know who our biggest competitor will be because a guy is developing an app in his bedroom that has yet to be released,” he adds.

MovieStarPlanet appointed Beanstalk as its licensing agent in October. “We are looking to licensing as an additional revenue source and are considering in-game advertising,” says Mikkel Vejlgaard, the brand’s chief marketing officer.

“To develop any good licensing programme, you have to do it cleverly. We could dish out licences tomorrow, but if the licensees don’t have the capabilities in design and distribution, it doesn’t make sense.”

There is more to licensing than boosting revenue, he argues. “The more we extend the brand into other areas, the more solid it will get; this is about building brand equity and strengthening the core product.”

Vejlgaard says the overriding aim is to turn the brand into an entertainment property that transcends any particular product or activity.

While other properties feature characters that can transfer into merchandise and licensing, Vejlgaard contends that for MovieStarPlanet, the interactivity of the game is the key brand value.

“It is about creativity, this world where you can do anything and be a bit crazy and interact with others,” he says. “You have to bring that to life with the merchandise. Fashion items must have the same style as in the game. The aim of toys will be to stimulate creative play.”

For example, a pair of branded trainers might carry a QR code that could be scanned to get the same type of shoes in the game. “You create a virtuous circle between real and digital world,” adds Vejlgaard.

The big question is how long these properties will sustain their success.

Judging the rise and fall of brands is crucial for retailers, licensees and manufacturers, who are anxious to avoid having too much of a good thing, or too little.

Need to know: Brand-licensing advice for the new digital properties

“The creative vision is always first, that’s what the kids are enjoying and you have to listen to the audience and ask the community what cool things they want to see,” says Darran Garnham of Mind Candy, which owns Moshi Monsters.

“There are dangers in allowing the prospect of merchandising opportunities to influence how characters and games are developed, as this may detract from the overall experience.

“Allowing the creatives to do their work, then using that as a jumping point for the brand licences is the way to ensure success.”

Judging how far a brand should be extended and which branded tie-ups are acceptable is the main challenge in licensing, says Ciaran Coyle of licensing agency Beanstalk.

“It is difficult to understand when it is too much, but consumers understand it very quickly,” he explains.

“You have to be very strategic in your approach and work with partners who you know are doing it well.” Having too many licensees can make a programme unmanageable and eat away at brand equity with products in unsuitable categories.

Conversely, if one licensee has too great a share of production, problems can arise if it decides not to renew the programme.

Be prepared for the long haul

Rob Corney, managing director at agency Bulldog, says that a common complaint from licensees is how slow the process of getting the products on the market can be.

The high number of stakeholders involved, from licensee to manufacturer, distributor and retailer, can hold things up.

“The agent has to be as efficient as possible and make sure everything is going well,” adds Corney. “Communication between the different stakeholders is crucial.”

Brand-owners often claim their licensing strategy is aimed primarily at brand building rather than raising royalties, though they are often under pressure to maximise revenues.

Working out exactly how much revenue is needed and the way the brand will be built through extensions before starting the licensing journey is vital. Problems often arise when these objectives are confused.

Timing is of the essence

The road from deciding to do a licensing programme to getting the products on retailers’ shelves can be long and tortuous.

Agencies can help with the process, but the brand owner has the ultimate sign-off on the deals. As with all licensing, getting the timing right is essential, and ensuring launches coincide with other activity the brand undertakes is crucial.

There has been a plethora of problems for films launching with insufficient merchandising, for example.

“My big advice would be to get an expert in at a very early stage of development to work alongside the developers of the game or online world so there is someone with the retail experience needed,” says Garnham.

MovieStarPlanet presenting for the UK Parliament

The year 2013 marks the birth of the Polish MovieStarPlanet magazine. Ever since, on a monthly basis, a new issue…

One of the keystones in all our games is creativity. All our games have creative features that encourage the players…